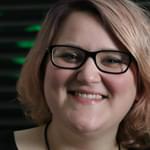 Warner RecordsA new music video for a rare 1992 Tom Petty tune titled “You Saw Me Comin'” has premiered at the late rock legend’s official YouTube channel, and the track also is available now via streaming services. The song is the final track on the Finding Wildflowers (Alternate Versions) album, which originally was available only…… END_OF_DOCUMENT_TOKEN_TO_BE_REPLACED

Scott Dudelson/Getty ImagesWhile he was in The Byrds, David Crosby wrote a song called “Triad” about a three-way relationship between a man and two women, which the folk-rock legend says was based on personal experience. “Well, it was a different time,” Crosby tells the Los Angeles Times. “This was before the advent of AIDS, and…… END_OF_DOCUMENT_TOKEN_TO_BE_REPLACED ABC/Image Group LAA new bill proposed by Tennessee lawmakers is advocating to make Dolly Parton’s rendition of “Amazing Grace” the state’s official hymn, CMT reports. The song was written in 1772 by captain of slave ships turned abolitionist John Newton, and the bill argues that it has “since been recorded by various artists with strong…… END_OF_DOCUMENT_TOKEN_TO_BE_REPLACED

Credit: Jeff LafaroWith a new concert film and album documenting a 2016 tribute honoring late Emerson, Lake & Palmer keyboardist Keith Emerson set to be released on March 11, a special virtual reunion event featuring many of the show’s participants has been scheduled for this Friday, March 5, at 12 p.m. PT. Among the well-known…… END_OF_DOCUMENT_TOKEN_TO_BE_REPLACED

Credit: Rob DeMartinIt turns out former president Barack Obama loves listening to Bruce Springsteen’s music as much as he loves sharing the microphone with The Boss on their Spotify podcast, Renegades: Born in the USA. The streaming service shared Obama’s “Shower World Tour setlist” on Wednesday, and 44-song list contains a hefty dose of Springsteen,…… END_OF_DOCUMENT_TOKEN_TO_BE_REPLACED

Jeff Kravitz/FilmMagic2022 will mark the 40th anniversary of Janet Jackson’s self-titled debut album, and that milestone will be celebrated with a two-night, four-hour documentary event next year. The documentary, whose working title is JANET, will air in early 2022 on Lifetime and A&E.  It will detail the “immense success” and “incredible tragedy” that Janet has…… END_OF_DOCUMENT_TOKEN_TO_BE_REPLACED

Amy Sussman/FilmMagicMariah Carey has found herself in the center of a defamation lawsuit, filed by her brother Morgan Carey, over her new memoir. The lawsuit was taken out a month after the songstress’ sister, Alison Carey, also filed suit over certain passages in the book. Page Six reports that Morgan, who is 10 years his sister’s senior, claims Mariah misrepresented him…… END_OF_DOCUMENT_TOKEN_TO_BE_REPLACED

Credit: Brad ShawMark Farner will be putting out a new concert DVD called From Chile with Love on April 6, and to help promote the release the former Grand Funk Railroad frontman will appear live tonight on a streaming event hosted by the social-shopping site TalkShopLive’s Rock n Roll Channel. During his appearance, which begins…… END_OF_DOCUMENT_TOKEN_TO_BE_REPLACED

Cleopatra RecordsOver the last year, a series of digital singles pairing Badfinger guitarist Joey Molland with various other well-known musicians on new versions of songs by the famed U.K. power-pop band have been released, and now a full-length album gathering those tracks and additional collaborative covers is on the way. The album, titled No Matter…… END_OF_DOCUMENT_TOKEN_TO_BE_REPLACED