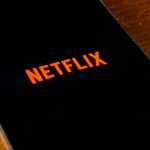 On Monday Taylor Swift not only spoke out against Netflix and its comedy Ginny and Georgia she also put her foot down!

Swift posted a statement on her Twitter account slamming the comedy for featuring a joke about her dating history, as well as, the streaming service for allowing the show’s writers to feature the joke which said, “What do you care? You go through men faster than Taylor Swift.”

Hey Ginny & Georgia, 2010 called and it wants its lazy, deeply sexist joke back. How about we stop degrading hard working women by defining this horse shit as FuNnY. Also, @netflix after Miss Americana this outfit doesn’t look cute on you 💔 Happy Women’s History Month I guess pic.twitter.com/2X0jEOXIWp

Taylor wasn’t the only one made about the tasteless joke as Swifties joined in and pointed out other shows that Netflix has on its platform that also refers to Taylor’s dating life. At one point RESPECT TAYLOR SWIFT was trending on Twitter and as of this morning Netflix hasn’t comment on Swift’s concerns.

One things for sure and its that Netflix went and messed with the wrong women. Only time will tell if this partnership will continue but as of now it doesn’t look good for the streaming service who’s competing with the likes of Disney+, Apple TV+ and Paramount+ who would all love the chance to work with Taylor Swift exclusively.