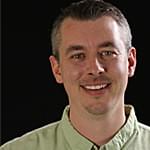 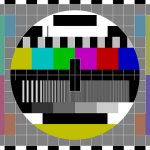 We finally got the return of BH90210 last night and I’ll admit I was a bit excited to see this reboot. However about 15 minutes in I started asking myself what the heck is going on here! Turns out I wasn’t the only one saying the same thing. Social media blew up because they were as confused as I was watching the primer.

Turns out this BH90210 reboot isn’t a conventional reboot like ‘Will and Grace’ or ‘Roseanne’/’The Conners’. It’s more of a hybrid, the show follows 90210 alum, Jason Priestley,Shannen Doherty, Tori Spelling, Jennie Garth, Ian Ziering, Brian Austin Green, and Gabrielle Carteris, in a heightened version of themselves as they reunite and aim to reboot the classic tv drama from the 90’s.

Co-creator Tori Spelling reveals how this somewhat of a reboot came together says, “We were like, reboot 90210? Hmm, I don’t know. No one will ever do that!’ And then we were like, ‘Wait, what if we do it a different way? What if it wasn’t a straight reboot?'” Spelling continued. “‘What if we did an entire ensemble cast playing a heightened and fictitious version of themselves?’ Everyone would be like, ‘Is it real? Is it not real?’ And then the show within the show — coming back together as a family, as friends — to do the reboot.”

Nonetheless after I caught on to what was going on I enjoyed the series premier and cant wait for next weeks episode. You can watch BH90210 Wednesday’s at 9pm EST/PST on Fox.

Did you watch the show? What did you think? Where you as confused as me? Tweet me @RConAir_967 or FB me Robby Cruz 967.