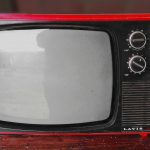 Jane Lynch and her pal Cyndi Lauper are set to star in a new Netflix comedy series that she compared to “The Golden Girls.” Lynch announced the show on Sunday after winning a Creative Arts Emmy for Outstanding Guest Actress in a Comedy Series for her role on Amazon’s “The Marvelous Mrs. Maisel.” “I pitched a show to Netflix and they bought it,” Lynch told reporters backstage at the Microsoft Theater in Los Angeles. “We’re our age, I’m almost 60 and she’s 65, and we’re looking for our next act without ever having had husbands or children. The two other people who will star in the series  haven’t been cast yet. It’s kind of a ‘Golden Girls’ for today,” Jane said about the  upcoming show.